Adenosine Deaminase (ADA) (E.C. 3.5.4.4.) is an enzyme that catalyzes the conversion of adenosine and 2'-deoxyadenosine to inosine and 2'-deoxyinosine. Adenosine Deaminase is widely distributed in various tissues and cells. There are two isoforms, ADA1 and ADA2. ADA1 is widely expressed in most cells in the body, particularly in lymphocytes and macrophages. It is present in the cytosol, nucleus and found associated with dipeptidyl peptidase-4 on the cell membrane. ADA2 was first found in the spleen but is predominantly found in the plasma and serum. Increased serum ADA levels are found in certain infectious diseases such as tuberculosis and various liver diseases such as acute hepatitis, alcoholic hepatic fibrosis, chronic active hepatitis to name a few. Adenosine Deaminase is also a marker for T-lymphocyte proliferation. In Assay Genie's ADA Activity Assay, inosine formed from the breakdown of adenosine is detected via a multi-step reaction, resulting in the formation of an intermediate that reacts with the ADA Probe to generate a fluorescent product. The kit measures total Activity of Adenosine Deaminase with limit of quantification of 10 µU recombinant Adenosine Deaminase. The range of the assay is from 10-100 µU. 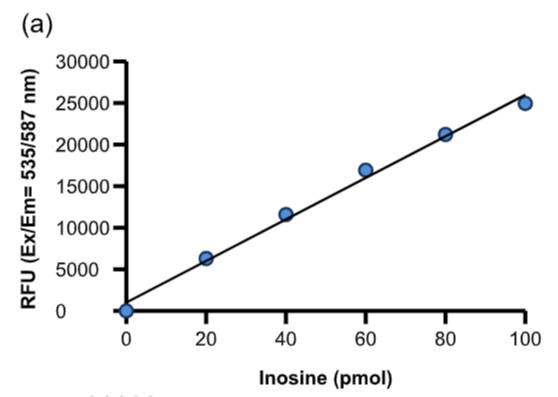 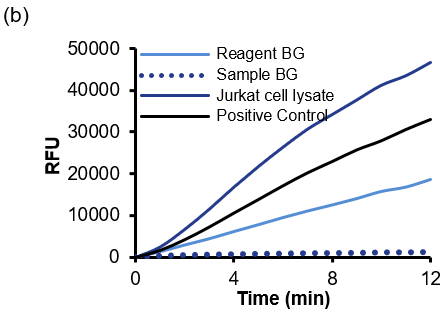 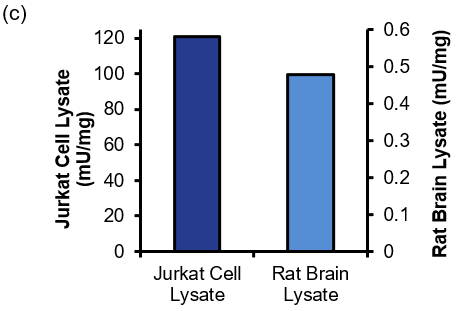 MSRP:
Now: €589
Was:
Cathepsin K Activity Fluorometric Assay Kit Apoptosis can be mediated by mechanisms other than the traditional caspase-mediated cleavage cascade. There is...
BN00376

MSRP:
Now: €912
Was:
Adenosine Assay Kit (Fluorometric) Adenosine, a purine nucleoside, is present throughout the body. It plays an important role in energy transfer via the...
BN00594

MSRP:
Now: €912
Was:
Adenosine Assay Kit (Fluorometric) Adenosine, a purine nucleoside, is present throughout the body. It plays an important role in energy transfer via the...
BN00594