Amylases are enzymes that break starch down to sugar molecules. amylase is the major form of amylase found in humans and other mammals as well as an enzyme present in seeds, or in fungi (baker's yeast for instance). amylase is a calcium metalloenzyme, completely unable to function in the absence of calcium. In human physiology, both the salivary and pancreatic amylases are major digestive enzymes. Increased enzyme levels in humans are associated with salivary trauma; mumps due to inflammation of the salivary glands, pancreatitis and renal failure. A simple, direct and automation-ready procedure for measuring amylase activity is, therefore, very desirable. Assay Genie's amylase Assay uses ethylidene-pNP-G7 as the substrate. Once the substrate has been specifically cleaved by amylase, the smaller fragments produced can be acted upon by glucosidase, which causes the ultimate release of the chromophore that can then be measured at 405 nm. The assay can detect amylase content as low as 0.2 mU. 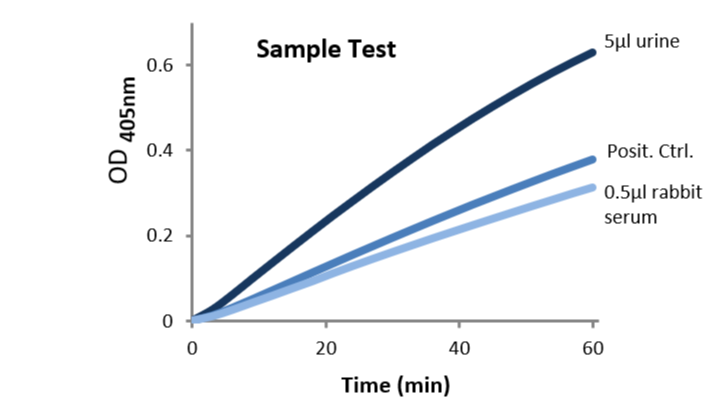 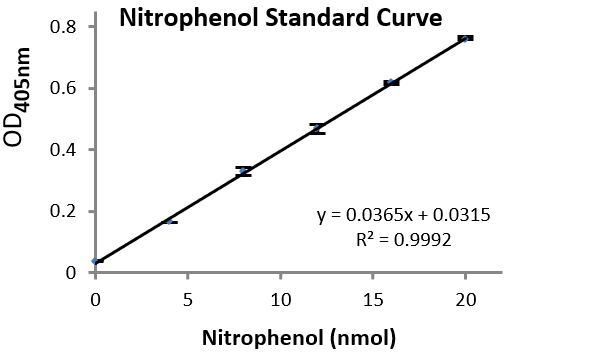 MSRP:
Now: €684
Was:
Lipase Activity Assay - InformationAssay Genie's Lipase Assay (Colorimetric) is based on an improved dimercaptopropanol tributyrate (BALB) method, in which SH groups formed from lipase cleavage of...
BA0052

MSRP:
Now: €730
Was:
DescriptionAssay Genie's alpha-amylase assay method involves two steps: (1). alpha-amylase in the sample hydrolyzes starch and the product is rapidly converted to glucose by alpha-glucosidase and...
BA0082

MSRP:
Now: €619
Was:
Ammonia Colorimetric Assay Kit II Ammonia is an important source of nitrogen for living systems. Nitrogen is required for the synthesis of amino acids, which are...
BN00704