Methanol is the simplest alcohol, consisting exclusively of a methyl group and a hydroxyl moiety. It is both an important industrial molecule (solvent, fuel, building block for chemical synthesis) and a biological metabolite; many bacteria generate methanol as a result of anaerobic metabolism. In humans, ingestion of large quantities of methanol is toxic and suppresses the nervous system; this is termed 'methanol poisoning'. As such, methanol is frequently used as an additive in industrial alcohols to prevent human consumption. The toxicity of methanol is primarily due to the biological product of its metabolism, formaldehyde, which is further metabolized into formic acid. At lower concentrations, methanol poisoning can cause loss of coordination and discomfort, and at higher concentrations will lead to kidney failure, blindness, and even death. In the gut, microbial breakdown of pectin-rich foods produces small amounts of methanol. In addition, some bacteria are capable of metabolizing methane gas, generating methanol, and so monitoring methanol concentration is also relevant for industrial purposes and renewable energy research. Assay Genie's Methanol Assay Kit utilizes an enzymatic mechanism by which conversion of methanol is correlated stoichiometrically with generation of a colorimetric signal that can be quantified at 450 nm. The assay shows greater than 100-fold specificity for methanol over ethanol. The method is suitable for use in a range of biological and consumable samples, and can detect as little as 500 pmol methanol. 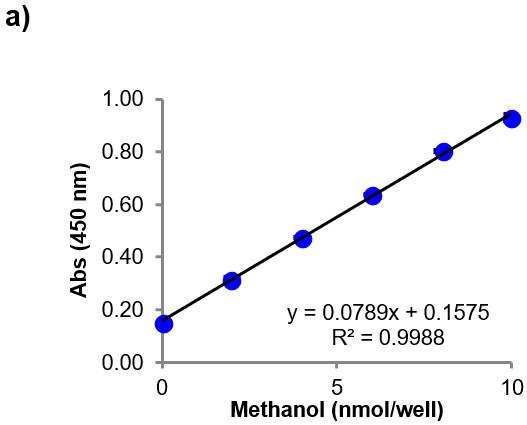 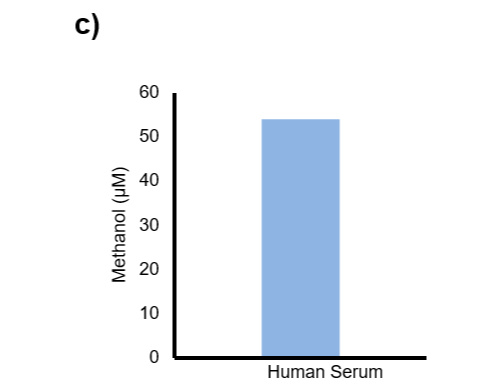 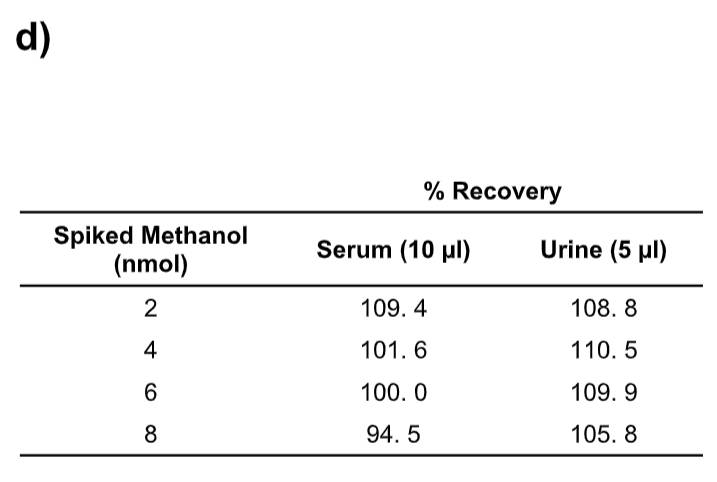