Neutral red cell cytotoxicity assay is one of the common methods used to detect cell viability or drug cytotoxicity. The principle of this assay is based on the detection of viable cells via the uptake of the dye neutral red. Neutral red is a eurhodin dye that stains lysosomes in viable cells. Viable cells can take up neutral red via active transport and incorporate the dye into their lysosomes but non-viable cells cannot not take up this chromophore. Consequently, after washing, viable cells can release the incorporated dye in under acidified-extracted conditions. The amount of released dye can be used to determine the total number of viable cells or drug cytotoxicity. The neutral red uptake assay provides a quantitative measurement of the number of viable cells and can be measured at OD 540 nm. Assay Genie's Neutral Red Cell Cytotoxicity Assay Kit is simple, accurate, and reproducible. It also includes Doxorubicin, as a positive control. This kit offers an excellent and efficient method for in vitro cytotoxicity studies as well as high-throughput drug screening that can detect between 5,000-50,000 cells per well. 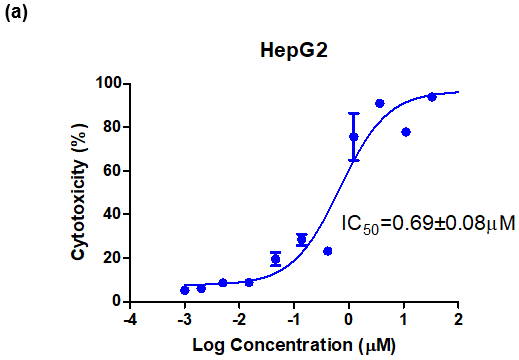 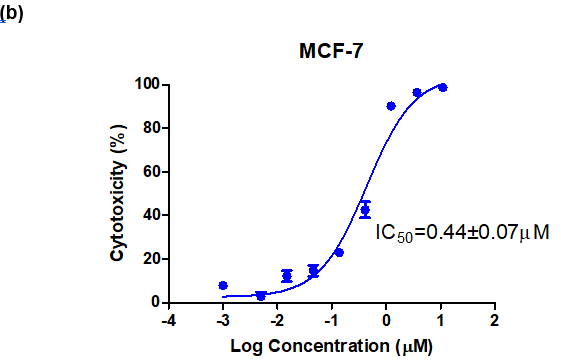 Figure: (a) Dose-response curve of HepG2 (a) and MCF-7 (b) cells to doxorubicin for 72 hr determined by the Neutral Red Cell Cytotoxicity assay. Assays were performed according to the kit protocol in triplicate.

MSRP:
Now: ¥78,480.63
Was:
Autophagy/Cytotoxicity Assay Kit Autophagy or autophagocytosis ("self-eating") refers to a process of degradation of cytoplasmic components within lysosomes, a...

MSRP:
Now: ¥67,932.83
Was:
Senescence Detection Kit Senescence is thought to be a tumor suppressive mechanism and an underlying cause of aging. Senescence represents an arrested state in...

MSRP:
Now: ¥102,464.30
Was:
Senescence Detection Kit (Fluorometric) Senescence is thought to be a tumor suppressive mechanism and an underlying cause of aging. Senescence represents an...