Phagocytosis in mammals serves as an important first line defense mechanism against invading pathogens. It is also essential for continuous clearance of dying cells, tissue remodeling, and acquisition of nutrients for some cells. Phagocytosis is a specific form of endocytosis initiated by recognition and binding of foreign particles by cell surface receptors, followed by their engulfment, and formation of phagosomes. Maturing phagosomes transform to phagolysosomes which destroy the pathogen through enzymes and toxic peroxides. E. coli and other bacterial strains are often used as a pathogen in phagocytosis assays. Assay Genie's Phagocytosis Assay Kit (Red E. coli) utilizes heat-killed, fluorescently pre-labeled E. coli particles as a tool for rapid and accurate detection and quantification of in vitro phagocytosis by fluorescent microscope, spectrophotometer or flow cytometry. The kit provides a robust screening system for activators and/or inhibitors of phagocytosis and Toll-like receptors (TLR) ligands 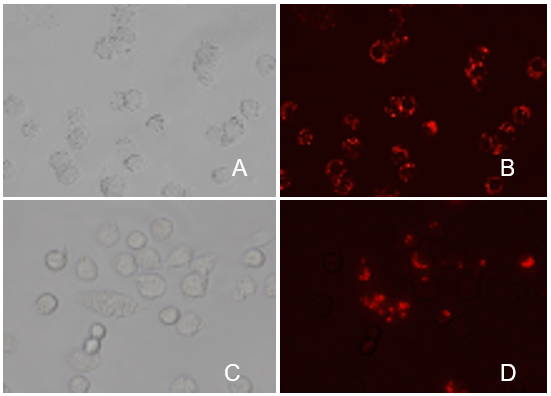 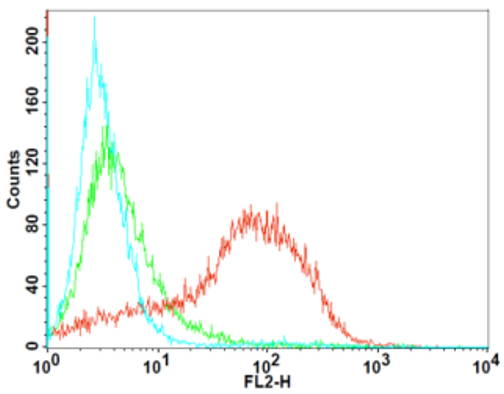 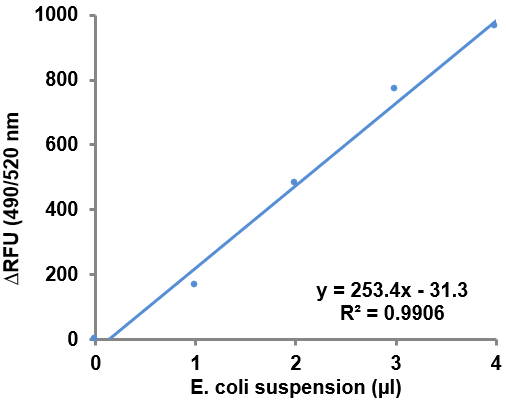 Figure: J774 macrophages were seeded overnight at 5 x 105 of viable cells/well. The next day the cells were pretreated with 20 µM Cytochalasin D for 1 h at 37ºC prior to addition of 5 µl of E. coli particles. Phagocytosis was conducted for 2 hours and the amount of engulfed E. coli was determined as described in the Assay Protocol. (I) Inhibition of phagocytosis. Panel A and B: images of non-treated cells. Panel C and D: treatment with Cytochalasin D. (II) Flow cytometry plot. Blue line: untreated control cells; red line: macrophages with engulfed E. coli particles; green line: inhibition of phagocytosis by Cytochalasin D. (III) E. coli Standard curve. The following figures demonstrate typical results with the Phagocytosis Assay Kit (Red E. coli). These data is for reference only and should not be used to interpret actual results. Your data will depend on the cell type and tested compound.

MSRP:
Now: €565
Was:
Metabolic diseases such as type II diabetes and fatty liver are becoming more prevalent among an aging population, and are a burden to the healthcare system. Such diseases revolve around the...

MSRP:
Now: €505
Was:
Cell Migration/Chemotaxis Assay Kit (24-well, 3 µm) Cell migration is a process by which cells move from one location to another. Cell motility is observed in...

MSRP:
Now: €517
Was:
Cell Migration/Chemotaxis Assay Kit (24-well, 5 µm) Cell migration is a process by which cells move from one location to another. Cell motility is observed in...

MSRP:
Now: €529
Was:
Cell Migration/Chemotaxis Assay Kit (24-well, 8 µm) (BN01083) Cell migration is a process by which cells move from one location to another. Cell motility is...

MSRP:
Now: €625
Was:
Autophagy/Cytotoxicity Assay Kit Autophagy or autophagocytosis ("self-eating") refers to a process of degradation of cytoplasmic components within lysosomes, a...