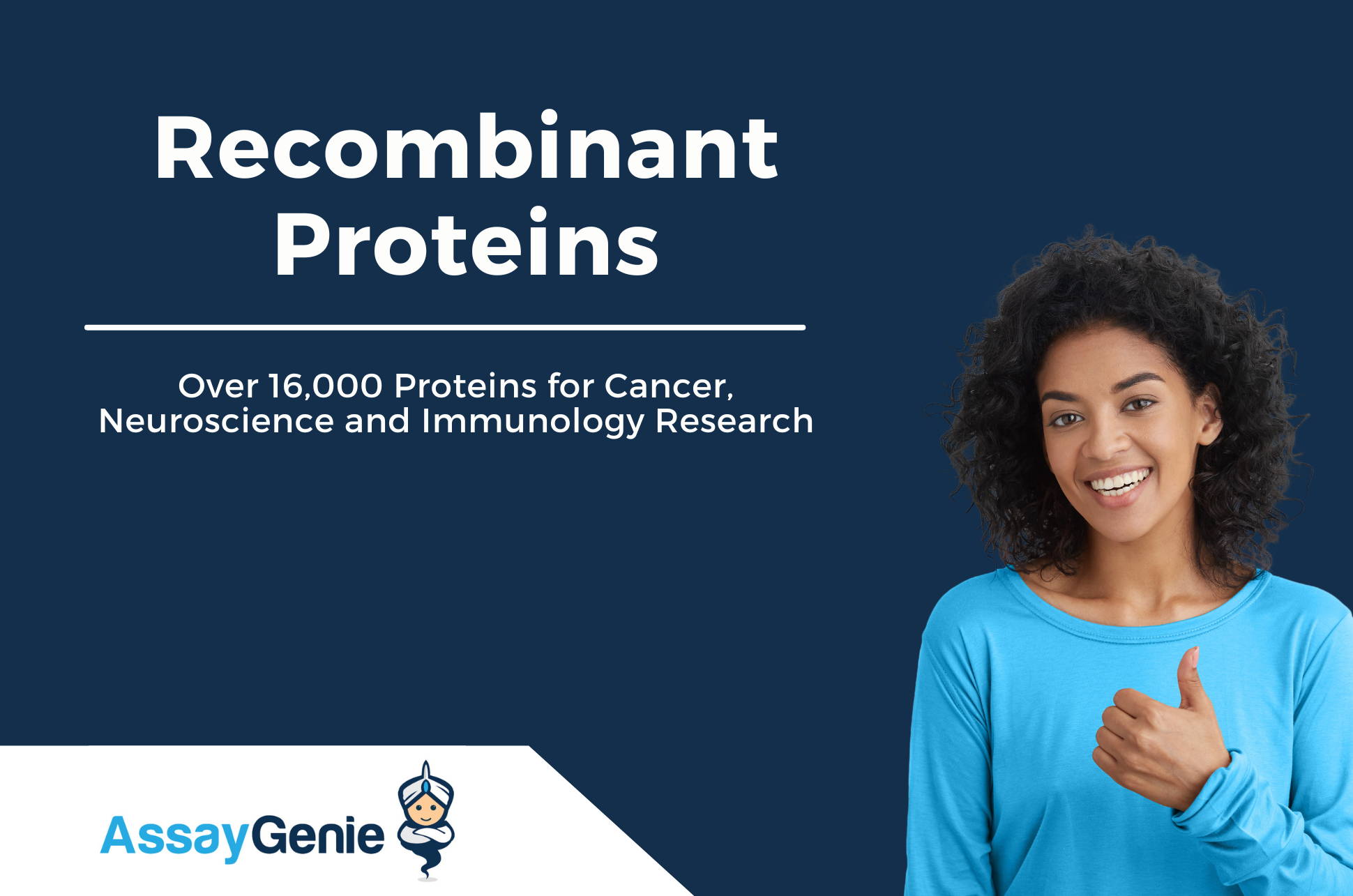 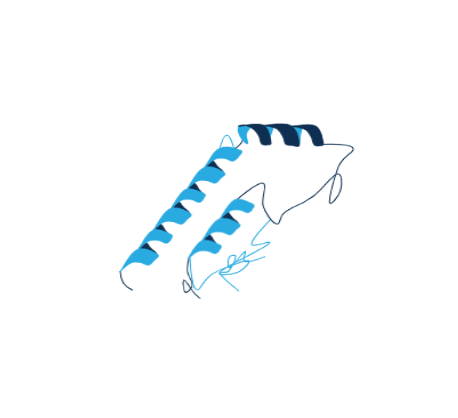 Why are recombinant proteins used?

How are recombinant proteins made?

Recombinant proteins are made through genetic engineering, also called gene splicing or recombinant DNA technology. By putting human, animal or plant genes into the genetic material of host cell expression systems these microorganisms can be used as factories or producers to make proteins for medical, academic and research uses.

For DNA to be manipulated it must be placed within a “transport vehicle” in which proteins may be produced from the genetic code of the DNA. Some of the most common host cells used for recombinant protein synthesis include; mammalian cells, bacteria, yeast cells, or insect cells.

The 5 main stages of recombinant protein generation are outlines below:

Figure: Schematic representation of the synthesis of Recombinant Proteins

1.) Isolation of gene(s) of interest

The synthesis of recombinant proteins begins with the identification of the genes of interest; the gene(s) that will encode the protein of interest. To isolate these genes from the native genome, DNA is treated with restriction enzymes known as endonucleases. These enzymes “cut” the gene of interest out of the genome preparing it for the cloning steps.

2.) Amplification of gene/s of interest

Cloning is the process by which the gene(s) of interest are then inserted into an expression vector and expressed. Before this occurs however, the fragment of interest must be amplified. This step is necessary as the genetic material of interest must be in a large enough quantity for the subsequent sequencing steps. This is often carried out by polymerase chain reaction (PCR). PCR is the most common in vitro method of cloning. However, cloning may also be carried out in an in vivo setting. The most common in vivo method of cloning is done within the bacterium E.Coli.

Following amplification, the vectors must then be introduced into their host cell. Vectors may already be in their host cells if amplification is carried out in an in vivo setting. However, if replication is carried out in vitro, the host cells are prepared for the uptake of genetic material, either via mechanical (e.g. electroporation, microinjection) or chemical (e.g. calcium phosphate, heat shock) transfection methods.

Significant amounts of recombinant protein are produced by the host only when expression genes are added. The protein’s expression depends on the genes which surround the DNA of interest. This collection of genes act as signals which provide instructions for the transcription and translation of the DNA of interest by the cell. These signals include the promoter, ribosome binding site, and terminator.

The piece of DNA that is inserted into the vector often has other important non-coding regions which have specific functions. These regions allows scientists to distinguish which cells have incorporated the recombinant genetic molecules, as well as allow the gene to be expressed. For example, the antibiotic-resistance gene allows the host cell to survive in its residing medium that is antibiotic-rich. Those host cells which have not taken up the vector as a result do not express the gene which is necessary for resistance to antibiotics, and thus the organism dies.

The vector often contains a tag in addition to the specific DNA sequence; this facilitates the purification of the recombinant protein. This is often added at the N-terminal end of the amino acid sequence. One of the most common tags used in recombinant DNA technology is the hexahistidine tag (His-Tag). This is a sequence of 6 histidine residues that act as a metal binding site for recombinant protein purification and expression. The His-Tag contains a cleavage site for a specific protease. His-Tag recombinant proteins are purified by Metal Chelate Affinity Chromatography such as nickel ion columns that are used as the heavy metal ion and the His-Tag protein is eluted from the metal-chelate column with Histidine or imidazole. Then the purified His-Tag protein is treated with the specific protease to cleave off the His-Tag or not if the tag doesn’t affect the active site of the protein.

The resultant product is the fully formed recombinant protein. Amplification not only occurs during the PCR step but also at this stage, as host cells have the potential to produce thousands of proteins once the vector is uptaken.

What are the applications of recombinant proteins?

Recombinant proteins have a wide range of applications. Some of their main uses include:

Recombinant DNA technology has progressed proteomics research significantly over the past number of years. As explained above, its discovery has made scientific investigations much easier and quicker to be carried out. Recombinant proteins help to elucidate the mechanisms underpinning the function of naturally occurring proteins in a controlled environment. They also have several uses in key laboratory assays such as Western Blot, ELISA, and immunohistochemistry where they can act as standards or controls.

Other applications of recombinant proteins include their use in the agricultural and food industry. Recently, recombinant DNA technology has been utilized to create some of the biggest breakthroughs in these industries. The widely known concept of genetically modified foods utilizes recombinant DNA technology to reduce crop failure and lengthen shelf-lives. An example of this is Bt corn; a toxin-producing gene (known as Bt (Bacillus thuringiensis)) is inserted into the genome of the corn plant. The resultant genetically modified plant is resistant to insects which causes disease in such plants. Recombinant proteins have also used in the agricultural industry in animal feed production to enhance its nutritional value (addition of recombinant enzymes), thus improving animal health.

Note: Assay Genie recombinant proteins are strictly for research-use only. Therefore, their use in humans, or in any biotechnological application other than research, is not permitted. They may however be used in an in vivo setting using animal models to gain insight into their therapeutic benefit.

How do recombinant proteins function?

Recombinant proteins function according to the protein they have been created to resemble. Proteins may have several different functions. This depends on the subgroup which the protein belongs to. Some subgroups of proteins include:

It is different from case to case. For some applications, small tags, such as His-tag and FLAG-tag, may not affect protein activity and do not need to be removed. For example, there are more than 100 structures of His-tagged proteins in the Protein Data Bank. This indicates that the small His-tag often do not interfere with correct protein folding. If there is no activity data online and activity is crucial to your experiments, please feel free to contact us.

2.) Which dilutions of the recombinant protein should I use in my experiment?

Dilution suggestions for our recombinant proteins are available in the datasheet provided for each product. Please remember that these dilutions and concentration estimates are simply recommended as a starting point, and it may be necessary to adjust the dilution based on the experimental results.

3.) Can I use Assay Genie recombinant proteins in/on humans?

Our proteins are intended strictly for research and laboratory purposes only.

4.) What is the endotoxin level/LPS level of Assay Genie recombinant proteins?

Proteins that have a biological activity section mentioned in our data sheet were tested for the LPS levels and they can be used in cell culture / in-vitro experiments. If there is no biological activity mentioned, you will need to assess the final endotoxin levels in the protein sample prior to the experiment.

5.) I cannot physically visualize powder in the vial, is protein present in the vial?

Please centrifuge vial prior to opening to ensure the product is not near the cap. One cannot asses presence of a protein by naked the eye visualization. We lyophilize our proteins using minor buffer concentrations therefore one cannot visualize the protein in the vial. The protein is present in the vial and is spread across the vial walls.

6.) How do I reconstitute or dilute the protein?

7.) Can Assay Genie recombinant proteins be used for in vivo experiments?

Yes, for research purposes only, not diagnosis.

8.) Can I use Assay Genie recombinant proteins in an untested application or species?

Yes, but because the protein has not been tested for that specific application, there is a risk that the protein may not work for the application or species.

9.) What is the expiry date of your proteins?

Our proteins are stable for at least 12 months from the date of its export at the mentioned storage conditions prior to its reconstitution.

10.) How long is the protein stable after reconstitution?

We do not obtain stability data after the protein has been reconstituted over different periods of time. We highly recommend adding a carrier protein such as albumin.

11.) How should my protein be centifuged?

After receiving your protein, centrifuge the samples for 3 minutes at 12,000 rpm and 4℃. Remove and open the tube lid for aliquoting and dissolution before storing (if the protein volume exceeds 50 μL, extend the centrifugation time to 5 minutes to guarantee the reclamation of all recombinant protein).

12.) How should I store my protein long-term?

14.) How should I aliquot my antibody?

Assay Genie does not recommend researchers to aliquot the antibody products because it will cause evaporation, condensation dilution, adsorption, and other processes that will affect the concentration and effectiveness of the antibody. The smaller the individual aliquots, the larger the loss.