RNA interference (RNAi), also referred to as Post-Transcriptional Gene Silencing (PTGS), is the process by which RNA molecules silence genes in response to double-stranded RNA. This article discusses RNAi, the various types of RNAi, its mechanism of action and RNAi therapeutics.

What is RNA Interference?

Gene silencing can be accomplished through a variety of mechanisms, including DNA methylation, histone modification, and RNAi. RNAi is a biological process in which RNA molecules are used to silence or degrade genes. It can be used to regulate gene expression in a variety of ways, including through the destruction of mRNA, the prevention of protein synthesis, and the alteration of chromatin structure. It is the process of inhibiting gene expression, typically at the level of transcription or translation. 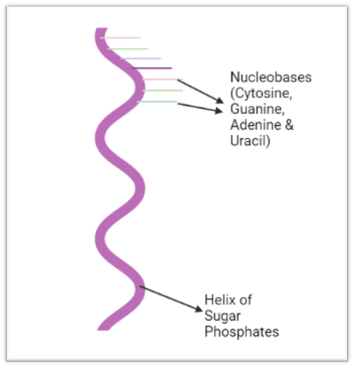 RNAi is a mechanism for post transcriptional gene silencing first observed in plants in 1998. Since then, it has been found to play a role in a wide range of biological processes in both plants and animals. RNAi has emerged as a powerful tool for researchers studying gene function and disease pathogenesis.

The basis for RNAi is the production of small interfering RNAs (siRNAs), which are double-stranded RNA molecules that bind to complementary sequences in target mRNA and silence gene expression. siRNAs can be produced naturally or through the use of synthetic oligonucleotides.

RNA interference is a powerful tool for studying gene function and disease pathogenesis. It can be used to silence genes in a variety of ways, including through the destruction of mRNA, the prevention of protein synthesis, and the alteration of chromatin structure. RNAi is also being explored as a potential therapeutic strategy for a wide range of diseases.

siRNAs and miRNAs are both small RNA molecules that play a role in gene silencing. However, there are some key differences between the two.

The mechanism of RNA interference is complex and not fully understood. However, it is known that small RNAs play a key role in mediating RNAi. Small RNAs are thought to bind to complementary sequences in target mRNA, causing degradation of the mRNA or preventing translation.

The RNA interference pathway is initiated by the production of small interfering RNAs (siRNAs). These siRNAs are then loaded into an RNA-induced silencing complex (RISC), which cleaves complementary mRNA. This results in the destruction of the mRNA or the prevention of protein synthesis. 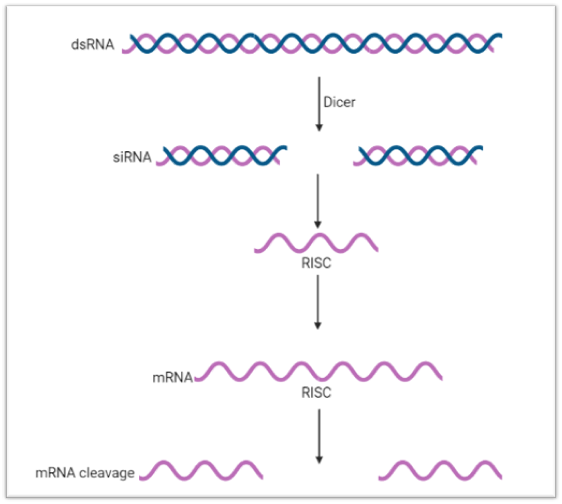 RNAi and CRISPR are both powerful tools for gene silencing. However, there are some key differences between the two.

RNAi can be used to boost the expression of protective genes. For example, siRNAs that target the Huntington gene have been shown to increase levels of brain-derived neurotrophic factor (BDNF), a protein that protects neurons from death. In cancer, RNAi may be used to silence genes that promote tumor growth. For example, siRNAs that target the oncogene Bcl-2 have been shown to induce apoptosis in cancer cells. RNAi is also being explored as a treatment for viral infections. siRNAs that target viral mRNA can prevent the synthesis of new viruses and help the body clear existing infections.

The way in which genes are regulated naturally in cells is referred to as RNAi therapeutics. RNAi therapeutics offer powerful methods for identifying both potent and specific inhibitors of disease targets from every molecular class.

There are many benefits to RNAi therapeutics. There include the ability to target a gene of interest easily. Another benefit it is a stable method of gene silencing which includes high efficiency of gene knockdown.

RNAi has also been seen as very beneficial in cancer therapy. They are highly specific and effective on suppressing the growth of even advanced stage tumors. It is also a relatively low cost cancer therapy.

At present, most studies use RNAi as a tool for identification of gene function. These are not the only applications that RNAi can be used for. Disease control (viruses; bacterial diseases; parasites; genetic tumors), production of animals of commercial interest and production of animal models for research use are just some of the other areas that RNAi is used. Other possible future applications include: control of drug consumption, pain relief, modulation of sleep, among many others.