ADP is a product of ATP dephosphorylation and it can be rephosphorylated to ATP. Dephosphorylation and rephosphorylation occur via various phosphorylases and kinases. ADP is stored in platelets and can be released to interact with variety of purinergic receptors. ADP levels regulate several enzymes involved in intermediary metabolism. ADP conversion to ATP primarily occurs within the mitochondrion and chloroplast although several such processes occur in the cytoplasm. Conventionally, ADP levels are measured by luciferase/luciferin mediated assays after ADP is converted to ATP. However, the luciferase system is unstable and luminescence equipment is not generally available in most laboratories. Assay Genie ADP Assay kit II is suitable for measuring ADP levels in samples that contain reducing substances, which may interfere with oxidase-based assays. In this assay, ADP in the presence of ADP Enzyme Mix is converted to an intermediate, which reduces a colorless Probe to a colored product with strong absorbance at 450 nm. ADP Assay Kit II is simple, fast and high-throughput ready. It can detect less than 20 of ADP in samples. 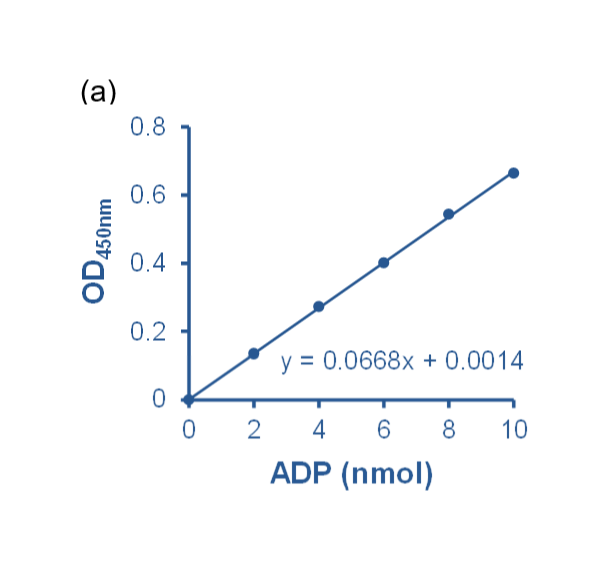 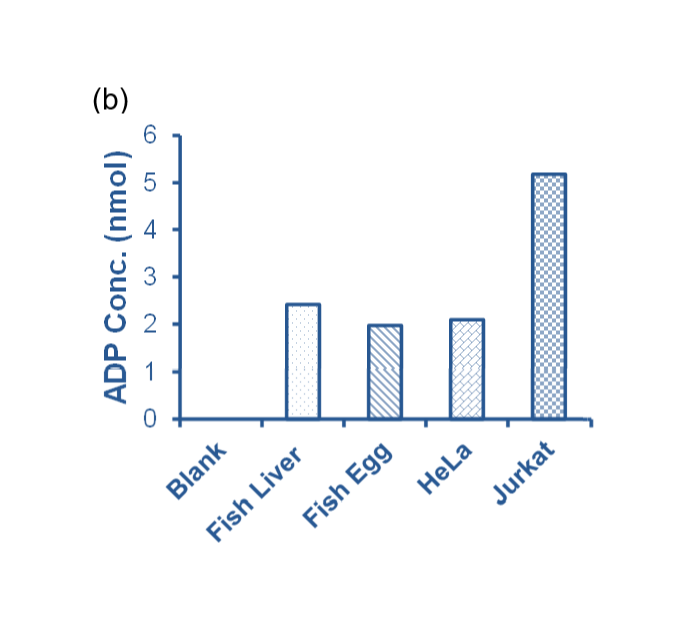 MSRP:
Now: €619
Was:
Urea Colorimetric Assay Kit II Urea is a waste product which is produced in the liver, dissolved and transported in the blood (in a concentration of 1.6-7.5...
BN00638

MSRP:
Now: €619
Was:
Ammonia Colorimetric Assay Kit II Ammonia is an important source of nitrogen for living systems. Nitrogen is required for the synthesis of amino acids, which are...
BN00704

MSRP:
Now: €709
Was:
Glycogen Colorimetric Assay Kit II Glycogen serves as the main carbohydrate storage in animals and can be converted to glucose readily. It is primarily found in...
BN00872

MSRP:
Now: €757
Was:
GenieGlow ADP/ATP Ratio Assay Kit The changes in ADP/ATP ratio have been used to differentiate the different modes of cell death and viability. Increased levels...
BN00522

MSRP:
Now: €721
Was:
NAD/NADH Quantitation Colorimetric Kit Assay of nicotinamide nucleotides is of continual interest in the studies of energy transforming and redox state of cells...
BN00603