Beta Galactosidase (Beta-Gal, EC: 3.2.1.23) is an enzyme which hydrolyzes the Beta-galactosides into monosacchanides. Beta-Gal is widely used as a reporter gene in the field of molecular biology. Senescence Associated Beta-Gal (SA-Beta-Gal) is an isoform of Beta-Gal which has the optimal activity at pH 6.0, and is mostly used as a biomarker for senescent cells (K802). Beta-Gal is an essential enzyme in humans and its deficiency results in Morquio's Syndrome, a severe birth defect. Beta-Gal can also be used as a tool to study protein-protein interaction. In Assay Genie's Beta-Galactocidase Inhibitor Screening Kit, Beta-Gal converts Beta-Gal substrate to give an intensely fluorescent product (Ex/Em = 480/520 nm). In the presence of a Beta-Gal inhibitor, the reaction is impeded/abolished resulting in decrease or total loss of fluorescence. This assay kit can be used to screen/study/characterize the potential inhibitors of Beta Galactosidase. The assay is simple, high-throughput adaptable and can be performed within 30 min. 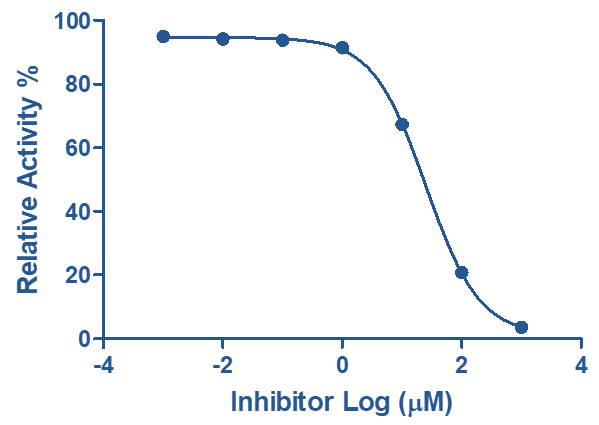 MSRP:
Now: €0
Was:
Cell Invasion Assay (Basement Membrane) Cell invasion is the ability of cells to migrate from one area to another through an extracellular matrix. Cell invasion...

MSRP:
Now: €816
Was:
Senescence Detection Kit (Fluorometric) Senescence is thought to be a tumor suppressive mechanism and an underlying cause of aging. Senescence represents an...

MSRP:
Now: €673
Was:
Beta-Xylosidase (EC 3.2.1.37) is a hydrolytic enzyme responsible for the breakdown of hemicellulose, a primary component of the plant cell wall. Specifically, Beta-Xylosidases remove the...

MSRP:
Now: €565
Was:
Metabolic diseases such as type II diabetes and fatty liver are becoming more prevalent among an aging population, and are a burden to the healthcare system. Such diseases revolve around the...