Formaldehyde (HCHO) is the simplest aldehyde and one of the most often used organic compounds in industrial processes due to its high reactivity with a variety of chemicals. Endogenous HCHO can be produced in organisms via metabolic processes while exogenous HCHO can be absorbed after oral, dermal or inhalation exposure. HCHO is highly toxic due to its capacity to covalently bind to macromolecules, such as DNA, and is well known for its neurotoxicological effects. Exposure to relatively high levels of HCHO is believed to cause leukemia, nose and nasopharyngeal cancer, etc.; however the epidemiological evidence is unclear. It can also affect memory and learning capacity. Assay Genie's Formaldehyde Assay kit provides a simple, sensitive, and high-throughput adaptable assay that detects biologically relevant concentrations of HCHO in various fluids and tissues. The assay is based on the oxidation of HCHO, producing a stable fluorescent signal, which is directly proportional to the amount of HCHO in samples. The kit can detect less than 2 µM of HCHO in a variety of samples. 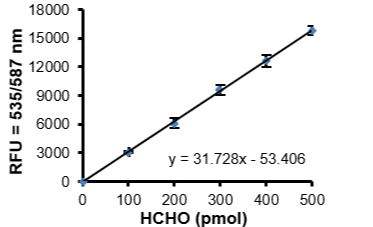 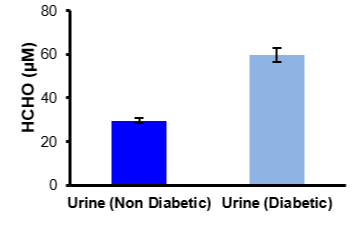 MSRP:
Now: €680
Was:
Histamine Assay Kit HISTAMINE (C5H9N3) is a biogenic amine naturally present in many foods and body cells in amounts without toxicological significance. It is also a contaminant that mostly...
BA0120
MSRP:
Now: €680
Was:
Add to Cart Quick view

MSRP:
Now: €633
Was:
Fructose Assay Kit  Fructose (C6H12O6, also called levulose or laevulose), is a monosaccharide found in honey, tree fruits, berries, melons, and some root vegetables along with glucose and...
BA0109
MSRP:
Now: €633
Was:
Add to Cart Quick view