Ubiquitin C-terminal Hydrolase 1 (UCH-L1) is a deubiquitinating enzyme (DUB) that is expressed predominantly in neuronal tissue, comprising up to 1-2% of total protein in some brain tissues. UCH-L1 is a cysteine protease and capable of cleaving the isopeptide bond between the carboxyl end of an ubiquitin molecule and a lysine residue on the ubiquitin-modified protein. As ubiquitination is utilized for both localization and degradation of these modified proteins, proper function of deubiquinating enzymes is essential for cell viability and integrity. Dysregulation of UCH-L1 has been implicated in the pathophysiology of neurological disorders like Parkinson's and Alzheimer's diseases, as well as in cancer invasion. A further understanding of these processes can be facilitated by identification of inhibitors with high selectivity. With over 400 DUB enzymes known, this target offers far more selectivity than the proteasome system. Assay Genie's UCH-L1 Inhibitor Screening Kit utilizes the ability of active UCH-L1 deubiquitinase to cleave a synthetic protein substrate to release the free fluorophore, which can be easily quantified (Ex/Em = 350/440 nm) using a fluorescence microplate reader. Small molecule inhibitors can either reduce or abolish this activity. This inhibitor screening kit thus allows rapid and reliable determination of the inhibitory effects of various compounds on UCH-L1 deubiquitinase and should be used to screen for novel inhibitors 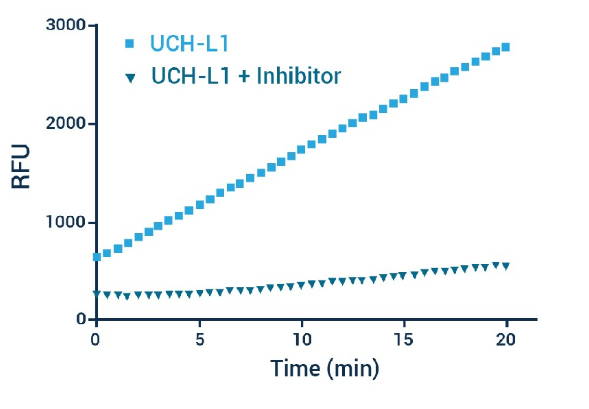 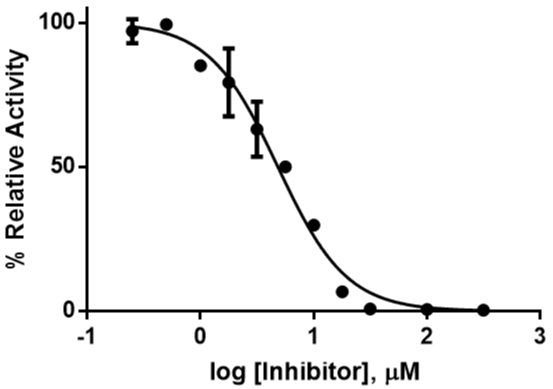