This article contains an overview of the p53 protein, including its function and signalling pathway. It also looks at p53 protein domains, p53 target genes and the relationship between p53 mutations and cancer.

P53 is a protein that helps to regulate the cell cycle and prevent genome mutations. It is found in the nucleus of cells and works to repair damaged DNA. The protein is made up of 53 amino acids. If p53 is not functioning properly, it can lead to cancer. It is encoded by a gene called TP53, which is located on chromosome 17. The main difference between p53 and tp53 is that p53 is a protein, while tp53 is a gene. TP53 is one of the most important tumor suppressor genes in humans. p53 is a protein that is essential for the regulation of cell growth and division. 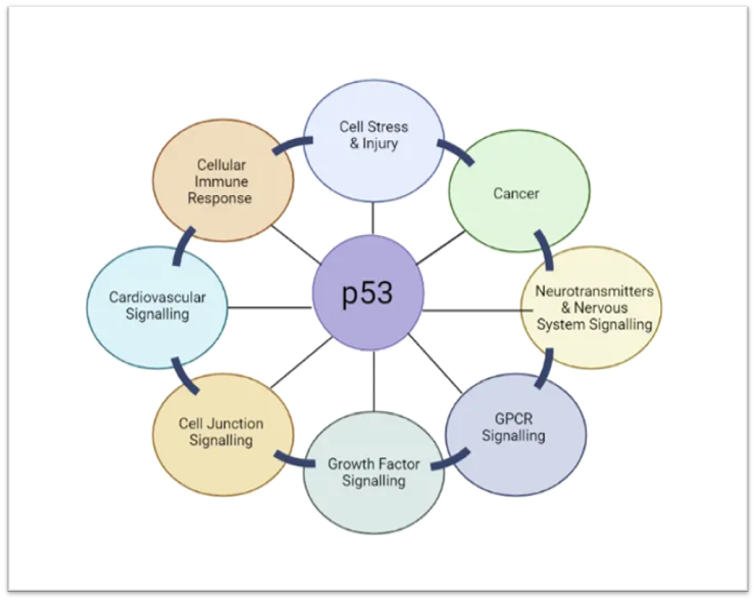 Schematic of p53 and its relevant areas 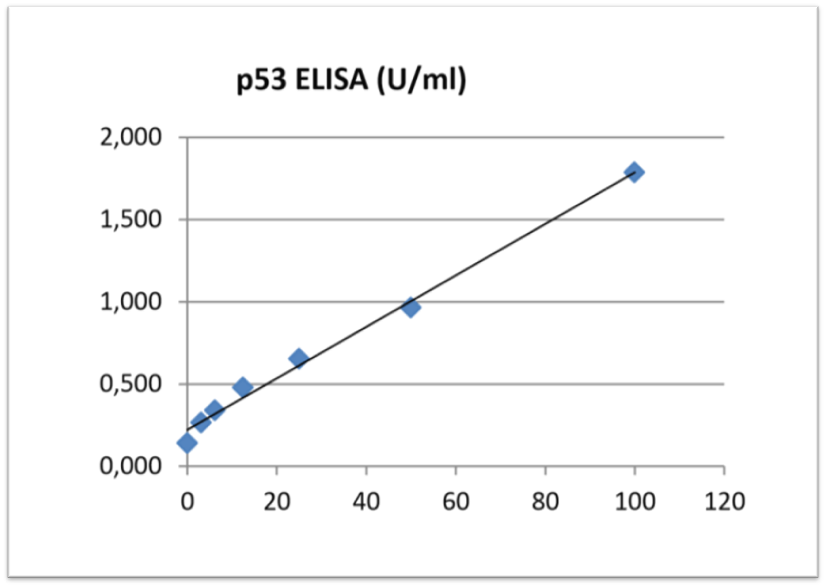 How is p53 measured?

The p53 signalling pathway is important for the maintenance of genomic stability and the prevention of cancer.

As mentioned, the p53 signalling pathway is activated by stress signals and they can cause the release of p53 from its inhibitor, MDM2. Once released, p53 binds to DNA and promotes the transcription of genes that lead to cell cycle arrest or apoptosis. Cell cycle arrest allows damaged cells to repair their DNA before replicating. Apoptosis is a process of programmed cell death that prevents damaged cells from replicating and spreading mutations.

p53 is a key regulator of senescence, a process by which cells stop dividing and enter a state of permanent growth arrest. Senescent cells are thought to play an important role in the aging process and in the development of age-related diseases.

p53 is also involved in the regulation of cell proliferation. In response to stress signals, p53 can induce cell cycle arrest or apoptosis. However, under normal conditions, p53 actually promotes cell proliferation by inhibiting senescence. This ensures that cells can continue to divide and proliferate in response to growth signals.

p53 is a 53 amino acid protein that is encoded by the TP53 gene. The protein contains several important domains including a transcriptional activation domain, a sequence specific DNA binding domain, and a tetramerization domain.

Genes that are regulated by p53 include:

Functions of these genes include:

Mutations are changes in the DNA that can lead to cancer. Mutations in TP53 are are thought to be involved in more than half of all human cancers including breast cancer, lung cancer, and colorectal cancer. p53 is sometimes called the "guardian of the genome" because of its important role in preventing mutations. p53 helps to prevent these mutations by causing cells with damaged DNA to either repair themselves or die (apoptosis). p53 protein levels are normally very low. When DNA is damaged, p53 levels increase. Some chemotherapy drugs work by damaging DNA and increasing p53 levels. This can cause cancer cells to undergo apoptosis. However, it is still not clear how these mutations lead to cancer. One possibility is that they cause a loss of function of the protein. Another possibility is that they cause the protein to become overly active. More research is needed to understand how p53 mutations contribute to cancer.

Why is a mutation in the p53 gene so important?

p53 mutations are often found in tumors that have developed resistance to chemotherapy. This is because the drugs that are used to treat cancer work by damaging DNA and increasing p53 levels. However, in tumors with p53 mutations, the protein does not function properly and these drugs are not as effective.

p53 mutations are important not only for their role in cancer, but also for their potential as targets for new cancer treatments. There are several drugs that are being developed that target p53 mutations. These drugs work by either restoring the function of the protein or by preventing the protein from becoming overly active. More research is needed to determine if these drugs are effective in humans.

Be sure to check out the Assay Genie Blog where we cover topics such as: