A comprehensive guide to B cells!

What are B Cells?

B cells are a type of white blood cell that produce antibodies (Eibel et al., 2014). B cells are an essential component of the adaptive immune system. B cells are produced from haematopoietic stem cells in the bone marrow and migrate to areas of infection where they carry out their effector functions (Chaplin, 2010).

Jump to a section:

What is the difference between B cells and T cells?

Lymphocytes can be divided into two categories: B cells and T cells. They are both important components of the immune system, which is why they must communicate with one another.

The two types of immune cells involved in generating an immunological response are B cells and T cells. The major distinction between the two is that T cells can only detect viral antigens on the outside of infected cells, whereas B cells can only identify the surface antigens of virus-infected cells.

How are B cells activated?

B cells have B cell receptors (BCRs) on their surface and these BCRs bind to specific antigens.

How do B cells recognize antigens?

B cells recognize infectious agents by the shape of the antigens on their surfaces. The cells descended from a single B cell produce the same antibodies and remember the invader and antigens that led to their formation. This memory means that B cells produce the antibodies that counteracted the original antigen, protecting the immune system from a second attack.

B cells, in contrast to T cells, produce antibodies. These are Y-shaped proteins produced by the immune system to defend against foreign substances that may cause harm to the body. B cell receptors (BCRs) are found on the surface of B cells and allow them to bind to a particular protein.

When B cells encounter the antigen, they produce antibodies that bind to it. They also trigger the release of cytokines by the B cells in order to attract additional immune system components. They also expose antigens to T cells, which they recognize using their T cell receptors (TCRs). The T cells eliminate antigens.

What is the major function of B cells?

B cells are able to identify pathogens via the antigenic form of their antigens. B cell development originated from a single B cell and generated the same antibodies as it did. This memory means that B cells produce the antibodies that destroy the initial antigen, protecting against future assaults on the immune system.

The link between immature and mature B cells is made by transitional B cells. They can't do much to protect you from disease, but they may travel between the bone marrow and secondary lymphoid tissues. During this time, they are subjected to examinations to ensure that they will not produce autoantibodies, which are hostile to the host.

The next stage on the road to becoming a plasma cell is when naive B cells appear. The B lymphocyte matures in the bone marrow or secondary lymphoid organs, and it remains a naive blood cell until it is activated.

B cells can be examined, activated, and influenced using biochemicals that assist scientists learn more about the immune system. They have distinct regulatory identifiers than other cells, allowing them to be picked out. Nk1+CD19+, CD27–, and CD38– are signaling molecules for naive B cells. 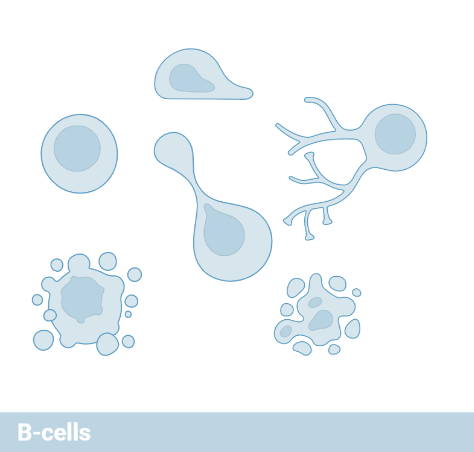 Schematic of different types of B cells

The memory B cell is a type of B lymphocyte that is required for long-term immunity to develop in the body. These cells persist in the circulation after an infection has healed. Memory B cells can quickly activate when triggered by T cells if the host is re-exposed to the same antigen in future encounters.

With improved antibodies from memory B cells, the immune system can often combat persistent illnesses before they become apparent. Memory B cells have a CD19+, a CD27+, and a CD38–marker. With only one biomarker, scientists can isolate memory cells and naive cells thanks to the diverse manifestation on the CD27 marker.

Effector B cells, also known as plasma B cells, are large cells with a very big endoplasmic reticulum (ER). The ER is involved in protein synthesis and transport. Plasma cells can make a lot of antigen-specific antibodies because to this makeup.

During an infection, plasma cells respond to T-cell signals by producing signal chemicals. They continue to produce antibodies in order to combat the disease until it is either defeated or eradicated. Plasma cells are frequently found at locations of chronic inflammation.

Plasma B cells are similar to memory B cells, but they have a CD38+ biomarker. Because this marker is difficult to target, plasma B cells are frequently sorted using FACS and a flow cytometer.

With three distinct lasers, scientists may detect all three separate cell types (naive, memory, and plasma) at the same time with a high throughput. This technique's effectiveness may be greatly enhanced by first eluting the sample for B cells (using a sample preparation method like BACS) before sorting them into their subtypes with FACS.

B cells are a type of adaptive immune lymphocyte which mediate the production of antibodies. In addition to antibody production, B cells can also act as professional antigen presenting cells. B cell express a unique B cell receptor (BCR) which is able to bind to a unique antigen. Human BCRs can take millions of forms, and thus B cells as a group can bind to many different types of antigens which they may encounter, though each individual B cell is specific for only one antigen. B cells generally reside in lymphoid organs, and they can be activated by direct BCR/antigen interactions or with the aid of helper T cells.

When a naiive B cell encounters its cognate antigen and the appropriate co-stimulatory factors, it begins to proliferate and differentiate. B cells can differentiate into plasma B cells, which immediately begin producing antibodies, or memory B cells, which confer lasting protection from the antigen.

The immune system is the body’s main defence against infection. In order to function properly, the immune system must be able to detect and protect against infinite agents such as pathogens including viruses and bacteria and unhealthy or infected cells. In order to do this, various cells are required to carry out specific functions. In the article below, an overview of B cells will be discussed including their function and development.

Antibodies produced by B Cells

B cells produce antibodies or immunoglobulin molecules. Antibodies can be compared to receptors that survey the body for antigens. They are four-chained V shaped proteins that consist of a heavy chain and a light chain. The heavy chain can be subdivided into five types, IgG, IgA, IgM, IgD, IgE. The light chain is variable and recognises a multitude of different antigens. It undergoes recombination events which aid in produces many different fragments that can be recognise various antigens (Schroeder & Cavacini, 2010).

Once antigens bind to the designated antibodies, they induce a range of effects. These include antibody-dependent cellular cytotoxicity, complement activation or adherence of a molecular pattern from the pathogen on to one of the receptors. B cells can also produce cytokines which can recruit cells to a site of infection whilst also stimulating the differentiation and proliferation of T cells (LeBien & Tedder, 2008). 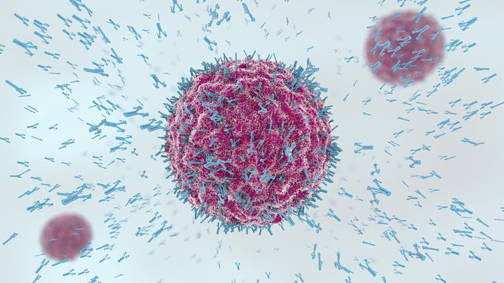 Photo of B Cell with surface bound antibodies and soluble antibodies. (Taken from Bailey, 2020)

Following this selection process, B cells need to complete development. After selection, B cells migrate to the spleen where they transition from T1 B cells to T2 B cells. T2 B cells are divided into marginal zone B cells and mature B cells. These then become either naïve B cells or mature B cells (Pieper et al., 2013).

B cell activation occurs in the secondary lymphoid organs such as the spleen and the lymph nodes. B cell activation occurs when the B cell receptor binds either a soluble or membrane-bound antigen (Pierce, 2009). Additionally, B cells require accessory signals from professional antigen-presenting cells such as an armed helper T cell or other microbial constituents. An armed helper T cell is one that has been activated by a specific antigen and can therefore cause the activation and differentiation of the B cell. Furthermore, B cells also have a co-receptor on their surface that consists of either CD19/CD21/CD81, and these are responsible for enhancing the B-cell responsiveness to antigen (Pierce, 2009).

Once B cells have carried out their function based on antigen recognition, such as antibody-dependent cellular cytotoxicity, they can become memory B cells. These cells recognise an antigen that has previously caused infection in the host, so when the antigen re-infects the body, the host is equipped with these cells to immediately recognise and kill the invading pathogen (Eibel et al., 2014). 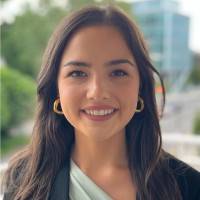 Sarah Donovan completed her undergraduate degree in Microbiology before completing her masters in Immunotherapeutics at Trinity College Dublin. She now works as a Client Services Mangager at Novartis.