Mortality from viral hepatitis continues to rise, with the number of deaths increasing by ~60% in the last 20 years. In chronic viral hepatitis, the immune response fails to control infection and instead triggers tissue damage which can lead to cirrhosis and malignancy. Liver cancer (hepatocellular carcinoma; HCC) is currently the fastest increasing cause of mortality in the UK, and the second leading cause of cancer deaths worldwide. As such, viral hepatitis remains a significant global health problem, with further investigation needed to develop new therapeutics.

The current treatment regimens for the treatment of chronic, persistent HBV infection are rarely curative and require lifelong dosing. Fortunately, several novel direct-acting antivirals are making their way through to preclinical assessment, but what is desperately needed, to complement such antivirals, is an immunotherapeutic strategy to provide “immune surveillance” at the site of viral replication and pathology: the liver. The aim of innovative immunotherapeutics would be to promote a highly functional T cell population within the liver to contain the residual, episomal form of the virus. This stable covalently-closed circular DNA or cccDNA is the form of the virus that resides within the nucleus of infected hepatocytes, and it is this that cannot be eliminated by current antivirals. Ultimately the goal would be to allow sustained off-treatment responses, “functional cures” to alleviate the clinical burden arising from chronic HBV infection and the development of HCC2. 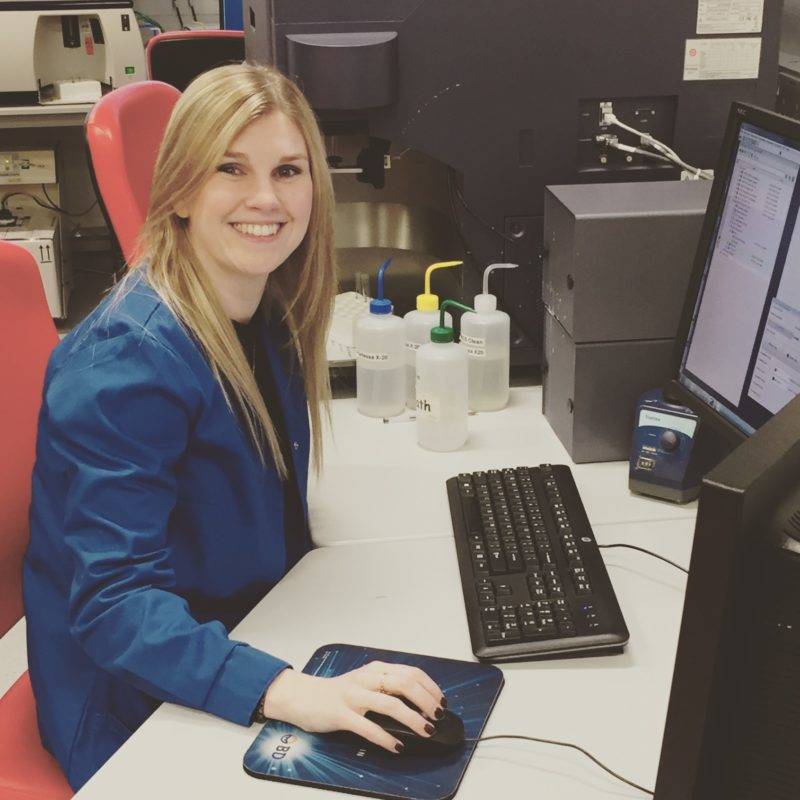 In our latest study published in the Journal of Experimental Medicine we focused on one particular immune cell subset within the human liver – the T cell. The liver is a hostile battlefield that forces local cells to adapt to continuously provide surveillance and protection. Upon infection with HBV an army of lymphocytes infiltrate the liver; however, for the first time, we described a population of transcriptionally distinct ‘sentinels’, termed tissue-resident memory CD8 T cells (CD8 TRM) that reside in the human liver that fail to recirculate. Phenotypically, these CD8 TRM co-express two tissue-retention signals, CD69 and CD103, that promote their compartmentalisation within the liver by interfering with the sphingosine 1-phosphate gradient critical for cellular egress and/or via tethering to E-cadherin expressed throughout the liver. These liver-resident CD8 TRM also express the liver-homing chemokine receptors, CXCR3 and CXCR6, that further preclude these sentinels from leaving the organ. Interestingly these CD8 TRM particularly expand and persist in a subset of patients with chronic HBV infection that is well-controlled; therefore, we set out to examine whether these CD8 TRM are equipped with the correct armory to combat virus-infected cells in the liver.

We demonstrated that the population of liver-resident CD8 TRM do possess the correct weaponry to rapidly respond to all the major HBV viral proteins. Their specialist armory included the immediate production of antiviral mediators (IFNg and TNF) upon T cell receptor engagement, and more interestingly the production of IL-2, a cytokine that could directly support their own survival in this hostile environment. In the HBV-infected liver this production of IL-2 by a CD8 T cell population is of particular relevance as CD4 T cell frequencies are low and their priming is sub-optimal4. Critically these liver-resident CD8 T cells do not produce vast quantities of classical cytotoxic mediators (granzyme A, B, K) in the same way that circulating CD8 T-cells do, thereby limiting unnecessary tissue damage. Instead, these cells are local specialists in immune defense.

Further phenotyping of these CD8 TRM revealed an enrichment of two prototypic exhaustion markers PD-1 and CD39, compared to their circulating counterparts or the non-resident, liver-infiltrating T cells lacking either tissue-retention signal. Although this initially seemed at odds with their ability to mount functional effector responses, recent work using genetic knockdown of PD-1 has pointed to a role for this co-inhibitory receptor in maintaining T cells in the face of chronic antigenic stimulation by preventing excessive proliferation. CD8 TRM also demonstrate further evidence of controlled proliferation (with decreased Ki67 and CD57 expression) providing support for this hypothesis.

Understanding how these highly functional and specialised cells become resident within the liver is highly relevant now considering the push to develop immunotherapeutics that aim to bolster efficient immune control. It is increasingly recognised that targeting tissue-resident populations, such as these, can enhance the efficacy of preventative and therapeutic vaccines. In the same publication we delineated a mechanism of “residency induction”, showing that cues from the local microenvironment directly imprint features associated with these highly functional effectors. With this knowledge, it may now be possible to specifically direct a cell equipped with the correct armory to the right place at the right time. Ultimately strategies to target the liver-resident CD8 T cells we describe in this study could help to relieve the clinical burden of viral hepatitis and prevent the development of liver cancer.